In just a few weeks the official release of the second Skunk-Guy novel will be available. It has been an intense few months getting the proof copies and going over them with a fine tooth comb. As an artist I continually find things that I want to improve. Working and reworking the illustrations, checking the text for a better way to have written something, reviewing the strength and consistency of the characters, etc…
I have a few thank-you’s to dispense not the least of which is my editor Lauren Nichols. From the very start, when I presented Lauren with the original manuscript for what would eventually become Norman & The Stinking Space Goo, she has been candid and thorough with every thing that she has done for me. She has really helped me to understand and write to the young readers who will be reading about Skunk-Guy. My Wife Cindy has been very supportive in giving me the time I have needed to tinker away at this. Cindy has also scoured the manuscript herself pulling out grammatical glitches helping to make the story shine. I would also like to give a nodd of graditute to Maureen McCozzi who contributed a special note at the end of the book.
Here is an advanced peek at the cover of this epic sequel. 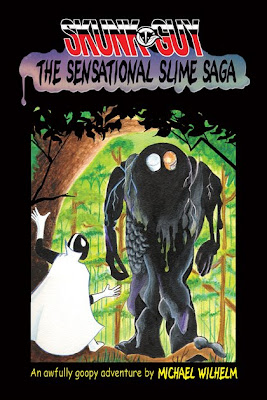 The Sensational Slime Saga picks right up where Norman & The Stinking Space Goo left off. Norman has his stink power and he is trying to make a name for himself as a superhero. It turns out a bit tougher than he first thought. He’s attacked by a girl-scout troupe and gets walloped by a women he tried to rescue. On top of that a strange gloppy creature slithers up from below the street. This slime creature leaves a path of destruction wherever it goes, giving a whole new meaning to the expression “Jumpin’ crud!”
For those of you who have been waiting patiently it won’t be long now. This latest Skunk-Guy novel will be available the second week in October barring any unforeseen delays.
Posted by MICHAEL WILHELM at 3:51 PM No comments: 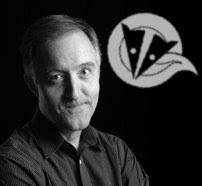